Training according to level The training of all the horses is always aimed at a healthy, animal-friendly development. The physical, but also mental, level of which the horse is capable, is always taken into consideration. If sometimes more time is needed, then that is no problem for us. A suitable new owner will be found eventually – sometimes more quickly than other times.

Kim has had some good results with Theodoor over the years. Bronze at the National Dressage Championships at Z2-level, an educational time with the Young Riders, followed by the move to U25 in 2012. During the last year that the combination was able to compete in the U25, Theo and Kim won silver at the Dutch Championships (2015) before moving up to Grand Prix-level where they have also been very successful.

Daniël Mosterdijk Daniël mainly does the buying and selling within the company. In addition, Daniël trains all the young horses. As soon as they can be nicely ridden by a new owner and have a good walk, trot and canter they are sold. Advice regarding the qualities and character of a horse is part of the sale.

Trust For many years already we have worked very happily together with Wouter and Ada Plaizier, Ilse van der Wall and Jos Hoogendijk. We are very grateful to these people for their trust! 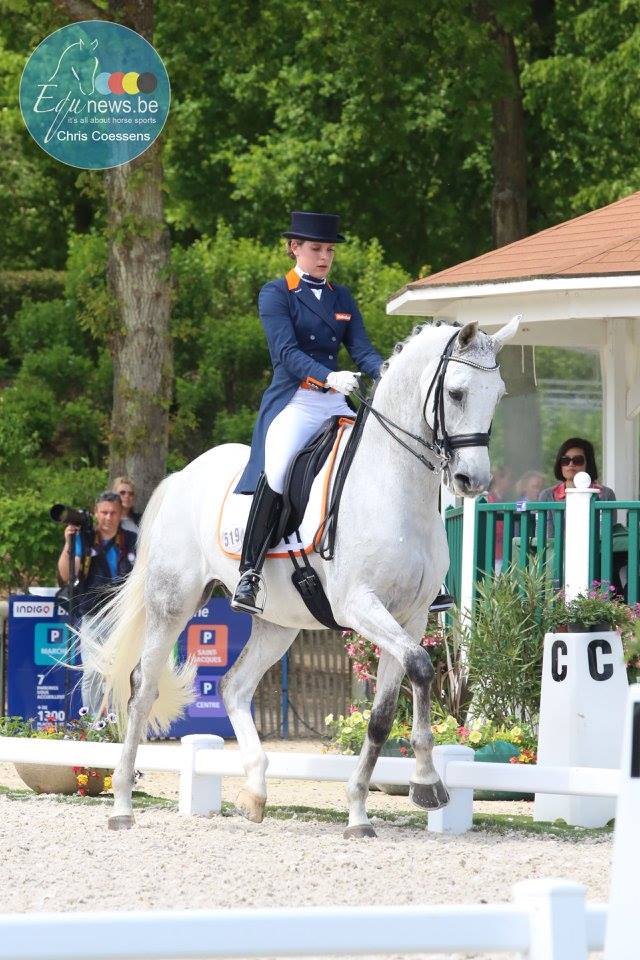 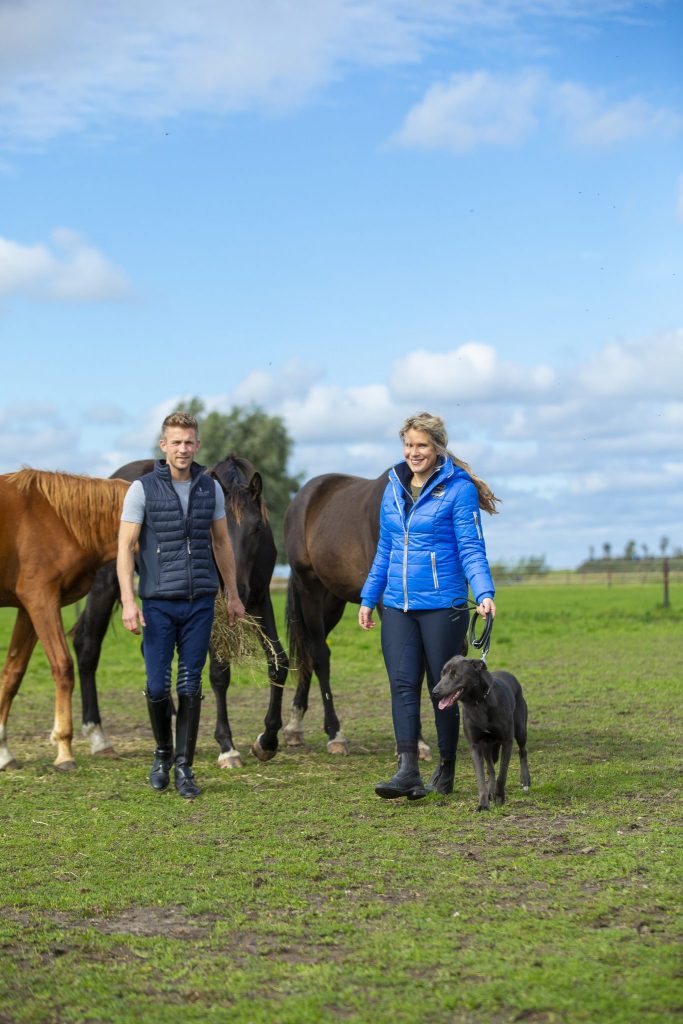 “Daniel’s critical eye from the ground and expert feel in the saddle have made him an invaluable partner to my business! As an agent, I appreciate Daniel’s ability to match his horses’ character and talents to my clients’ needs and goals. As an investor, I trust his thoroughness and exceptional standards when test riding and inspecting horses. He delivers the full package!”

“My name is Sivan Sat and I’m a professional dressage rider and trainer from Israel. In November 2016 I went to Holland to look for a young dressage prospect for myself. I contacted Daniel and he agreed to help me. The experience of looking and trying young horses with Daniel was excellent! We tried quite a few youngsters and Daniel not only provided good opinion but also rode the horses for me so I can see them and make sure they are safe before I get on. And the best part – we found my dream horse! A 3yo mare by Everdale X Rhodium. Since I had to fly back home right after we found the horse, Daniel took care of all the details for me. He trailered the mare to a  Pre purchase exam at a vet clinic that I chose, and made sure the shipping to the airport went smooth. The mare arrived safe and sound in Israel in December 2016.

I can’t be happier with her and I am very grateful to Daniel!”

“Daniel is a great source for finding top quality dressage horses – he has a great eye for talented young horses with super character. He is honest and strives to pair the right horse with the right rider. It is always a pleasure to work with him!”

Thanks Daniel for selling me Hartog!

“Our visit to Holland could not have been more pleasant, as Daniel had shown us over 25 horses that fit our search criteria! Along with his knowledge and advice, he offered transparency and personal opinions. And instead of leaving with the one initial horse we were looking for, we ended up buying two! And hope to return soon for a third, and fourth! He also arranged for the horses’ vetting, shipping, stabling and care in the meantime. Quality Horses offers its clients a great European buying experience, and we could not be more happy with the results. We highly recommend their service to anyone in search of a future dressage star!”